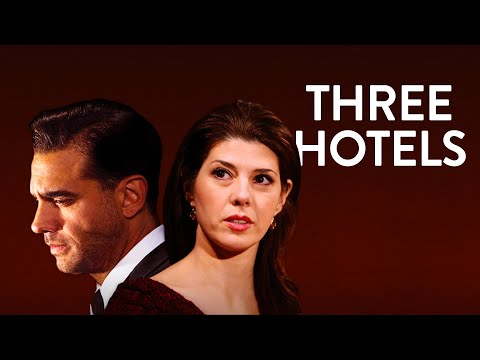 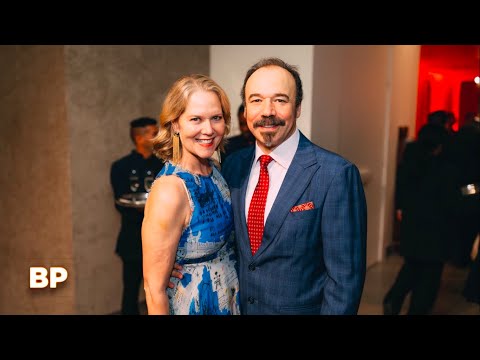 When Theaters Went Dark, You Became Our Light. by Broadway Cares/Equity Fights AIDS

Broadway Profiles: Derek DelGaudio on IN & OF ITSELF by Broadway.com

"Far From Over" by Broadway Cares/Equity Fights AIDS

VIDEO: COME FROM AWAY Releases Episode 4 of Video Podcast CONVERSATIONS FROM AWAY

The fourth video in the 'Conversations From Away' series has been released! Watch cast and band members of the North American touring company of 'Come From Away' join virtually with special …

Linked From BroadwayWorld at 03:35PM

Frank DiLella is the host of “On Stage” on Spectrum News NY1. He won a Best News Magazine Emmy Award for his special on the musical “Come From Away.” Frank has interviewed everyone…

NEWS: Come From Away: The Concert is cancelled as ATG suspends performances at its UK venues until April 2021 by Press Releases

A specially staged concert version of award-winning hit musical Come From Away, due to play at London’s Phoenix Theatre from 10-27 February 2021, has been cancelled following the Ambassado…

Linked From mytheatremates.com at 01:47PM

Come From Away the concert cancelled by Douglas Mayo

Linked From britishtheatre.com at 12:22PM

Check out all the latest in today's theatre news including updates from Come From Away and Les Misérables - The Staged Concert. The post London Theatre News Today: Wednesday 20 January app…

Linked From officiallondontheatre.com at 11:45AM

Spot The Difference: Come From Away by Hira Desai

In our second West End spot the difference series we've got the smash-hit musical Come From Away. Hit play to a star-studded performance & get spotting! The post Spot The Difference: Com…

Linked From officiallondontheatre.com at 11:16AM

Linked From AussieTheatre at 08:49PM

COME FROM AWAY Resumes Performances In Australia

The Australian company is the first to re-take the stage worldwide, with Broadway, London, Toronto and North American Tour counterparts on hiatus.

Linked From BroadwayWorld at 08:42PM

Heading To Gander With Kolby Kindle by Bpn Admin As

Today we set out on our first journey! We are heading to Gander to chat with Kolby Kindle from Come From Away Australia as they look forward to reopening this week. Kolby and I have a great …

They are here, at the start of 2021! After a premature closure due to the COVID pandemic, Come From Away

Linked From AussieTheatre at 07:33AM

Come from Away blew Melbourne audiences away back when it began performances in July 2019. Due to the COVID-19 pandemic,

Linked From AussieTheatre at 12:39AM

Win tickets to COME FROM AWAY by Peter J Snee

Think you’ve got what it takes to beat our community’s musical theatre masterminds? This week we are giving away 2

Linked From AussieTheatre at 04:05AM

Broadway shows of the 80's (mostly the British mega musicals) published coffee table books that amounted to extensions of a souvenir program. But in the 90's, this somewhat limited genre rea…

Linked From www.jkstheatrescene.com at 08:48PM

COME FROM AWAY – Melbourne by Sean McLoughlin

Linked From AussieTheatre at 09:42PM

The songwriting team behind Come From Away, Irene Sankoff and David Hein, have written a new song to celebrate Canada, called This is Canada Nice!

Linked From BroadwayWorld at 06:51AM

Some amazing Broadway swag is now available! The Costume Industry Coalition (CIC) and the FIT Foundation (FITF) have launched a virtual holiday auction, in which the public has the opportun…

Linked From Broadway.com at 06:06PM

There will be a warm welcome back to the rock! The hit musical Come From Away is set for a West End return early next year with a staged concert version performed for a limited run at London…

By Douglas Mayo Come From Away The Concert - The Award-winning musical has been specially adapted for a limited concert season in Feb 2021 at the Phoenix Theatre, London. This post Come From…

Linked From britishtheatre.com at 05:10AM

NEWS: Come From Away returns to the West End with a special staged concert version by Press Releases

Linked From mytheatremates.com at 04:51AM

Come From Away concert version to open in February 2021 for a limited run!

Come From Away will be celebrating its second birthday in the West End in February 2021 and what better way to celebrate than to welcome you back to the rock! There will be a concert version…

Linked From London Theatre Direct at 04:05AM

Come From Away: The Concert will be staged this February at the Phoenix Theatre by Kitty Underwood

Multi-award-winning Come From Away will return to the West End early next year with a special staged concert for a limited run at the Phoenix Theatre. The post Come From Away: The Concert w…

Linked From officiallondontheatre.com at 04:00AM

Come From Away: The Concert Will Play Limited Run at London's Phoenix Theatre by Andrew Gans

Linked From Playbill at 03:59AM

COME FROM AWAY: THE CONCERT to Play Limited West End Run in February 2021

West End audiences can return to the hospitable shores of Gander, Newfoundland in 2021 with Come From Away: The Concert!

Linked From BroadwayWorld at 05:02PM

Leading the way in a triumphant return to the theatre in Melbourne, world-wide smash hit production Come From Away will be the first major production back on stage, commencing performances a…

Linked From artsreview.com.au at 01:06AM

Leading the way in a triumphant return to the theatre in Melbourne, world-wide smash hit production COME FROM AWAY will

Linked From AussieTheatre at 05:42PM

The Australian company will be the first production of the Tony-nominated musical to return to the stage.

COME FROM AWAY to Re-Open in Melbourne in January 2021

Leading the way in a triumphant return to the theatre in Melbourne, COME FROM AWAY will be the first major musical back on stage, commencing performances at the Comedy Theatre from Tuesday …

Linked From BroadwayWorld at 04:01PM

On 19 December, you can tune into a one-time live discussion experience with the writers and creatives from the International hit musical Come From Away. The post Come From Away online reuni…

Linked From officiallondontheatre.com at 12:04PM

COME FROM AWAY Creative Team, Producers, and International Cast to Reunite For 'One Night Only'

On Saturday 19th December at 7:30pm (GMT) SimG Productions and Musical Theatre Radio's fourth 'One Night Only' Reunion event will reunite the writers and creatives from the Internatio…