Broadway.com #LiveatFive: Home Edition with "The Phantom of the Opera" Star Ben Crawford by Broadway.com

The Rosie O'Donnell Show (Actors Fund Benefit) - Billy Porter Interview and "Not While I'm Around" by Broadway.com 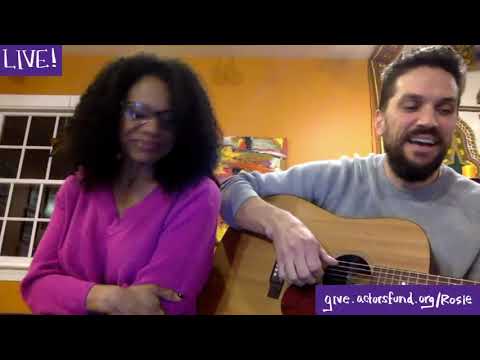 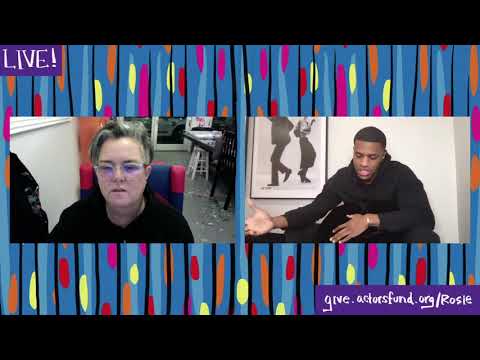 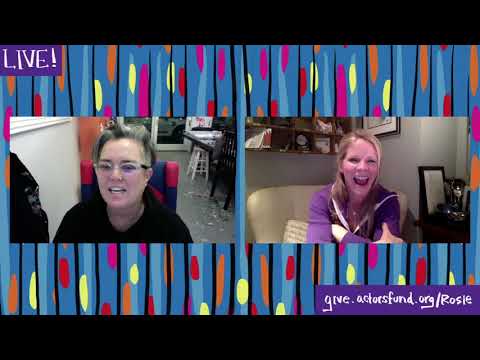 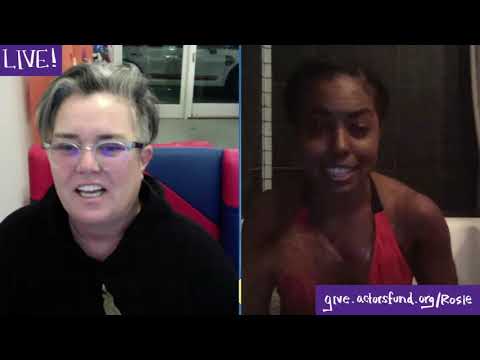 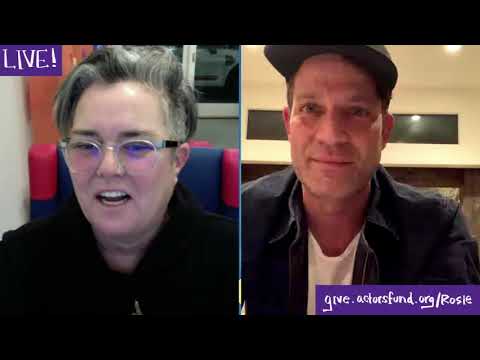 Linked From www.cabarethotspot.com at 02:00AM

The cabaret venue will be closed through June 20, affecting concerts by Wayne Brady, Fran Drescher, and more.

Linked From Playbill at 01:00PM

Linked From BroadwayWorld at 04:04PM

Starting this evening, Feinstein’s/54 Below will offer an At Home series of free one-time-only streamings of its popular cabaret concerts to keep audiences entertained during the closure o…

Marilyn Maye Sings for Everyone by Sandi Durell

IT’S TODAY from Marilyn Maye on Vimeo.   Marvelous Marilyn Maye, the Queen of Cabaret, wants her fans to know that she’s doing just fine back in Kansas City, washing her hands (as is He…

Linked From Theater Pizzazz at 09:29AM

DON'T FORGET TO VOTE IN THIS WEEK'S BROADWAY HEAT POLL FEATURING COMPANY! HERERegional and off-Broadway audiences have seen this guy in a wide variety of leading roles, from Captain Von Trap…

Linked From www.jkstheatrescene.com at 12:54PM

Sharon Sexton and Rob Fowler raise over £1000 with cabaret recording!

Many in the theatre industry are self-employed, freelancers and are currently not earning any support from the government. These people, including artists, who hold up the entertainment indu…

Following the South Australian Government’s declaration of a public health emergency, and ban on non-essential gatherings of 100 people or more at indoor premises including Adelaide Festiv…

Linked From artsreview.com.au at 10:11PM

Following the South Australian Government’s declaration of a public health emergency, and the ban on non-essential gatherings of 100 people

Linked From AussieTheatre at 06:50PM

VIDEO: Check Out the Newest Episode of THE EARLY NIGHT SHOW WITH JOSHUA TURCHIN

Linked From BroadwayWorld at 02:37PM

Linked From www.cabarethotspot.com at 02:00AM

CDC Reminds You to Wash Hands, Work Remote, & That Danny Burstein Still Doesn’t Have a Fucking Tony by Broadway Beat

by Brendan Szendro. @BSzendro. ATLANTA - Amidst the backdrop of a growing health crisis, The Center for Disease Control released a statement today reminding the American public to keep washi…

Following the success of the The Early Night Show with Joshua Turchin- Virtual Edition (Corona Cabaret), the series continues with the release of the third episode featuring special guests F…

Linked From BroadwayWorld at 02:24PM

Linked From BroadwayWorld at 05:54PM

​Top College Theatre Programs You Might Not Know, but Should; Part 3, the Midwestern US Schools by Performerstuff

Top College Theatre Programs You Might Not Know, but Should; Part 3, the Midwestern US Schools Written by Michelle J. Evans March 18, 2020 It’s March, which means that current seniors…

Linked From performerstuff.com at 01:41PM

Linked From BroadwayBox at 10:51AM

No Bully (nobully.org), the leading anti-bullying nonprofit in the US, celebrated its annual Broadway Against Bullying charity cabaret in NYC on March 9, 2020. Tony and Emmy Award-winning pr…

Linked From BroadwayWorld at 06:29AM

Linked From showbizchicago.com at 05:12PM

VIDEO: THE EARLY NIGHT SHOW With Joshua Turchin Will Go Virtual to Raise Money for The Actors Fund

Cabaret series, The Early Night Show with Joshua Turchin, announced that it is going virtual over the next several weeks to raise money for The Actors Fund. Created, written and accompanied …

Linked From BroadwayWorld at 01:21PM

LIVING ROOM CONCERTS In response to COVID-19 the Cabaret Industry is taking to the internet via Facebook Live to offer the best in live, intimate entertainment. March 15, 7 pm EST Sean Hark…

Linked From www.cabarethotspot.com at 12:14AM

RESIDENCY Monthly – An Evening With… @ GR42 by Sue Matsuki

Linked From www.cabarethotspot.com at 04:23PM

Linked From www.cabarethotspot.com at 03:53PM

Linked From www.cabarethotspot.com at 03:35PM

Soho theatre, LondonSix almost-Americans narrate stories of cruelties inflicted when being expelled from the US When we think of deportees, we seldom think of native Brits. But sometimes the…

Linked From The Guardian at 10:36AM

BroadwayWorld has reached out to the city's numerous Cabaret venues for information on their response to the COVID-19 outbreak which has shuttered Broadway through April 13th.

Linked From BroadwayWorld at 06:17PM

Company XIV cast of Seven Sins. Photo by Mark Shelby Perry. Seven Sins by Company XIV, their most cohesive production to date, tells the story of Adam and Eve’s fall from grace and the i…

Linked From Show Showdown at 12:48PM

Musical of the Month: Curtains: The Creative Team by JK

March's Musical of the Month, Curtains had a top-notch creative team. Each one has an impressive resume of credits and awards. For some, this show marked another step on their continuing cr…

Linked From www.jkstheatrescene.com at 09:32AM

Betty Buckley: Cabaret Artistry at Its Peak by David Finkle

★★★★★ Back in a small room, the Broadway diva is in new voice, adventurous, relaxed The post Betty Buckley: Cabaret Artistry at Its Peak appeared first on New York Stage Review.

Linked From nystagereview.com at 04:51PM

Sonia Friedman Productions has announced a series of late-night cabaret events, as part of its season at London’s Ambassadors Theatre. The monthly

Linked From The Stage Registration at 11:42AM

A cabaret homage to Garland and Minnelli lights up the Greenhouse. This cabaret by singer-actors Nancy Hays and Alexa Castelvecchi pays homage to two of the grea…