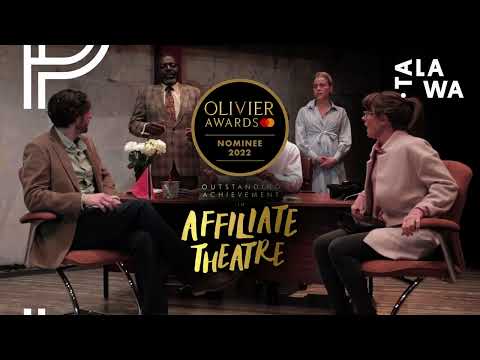 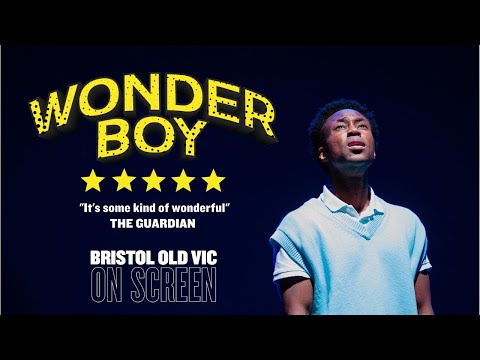 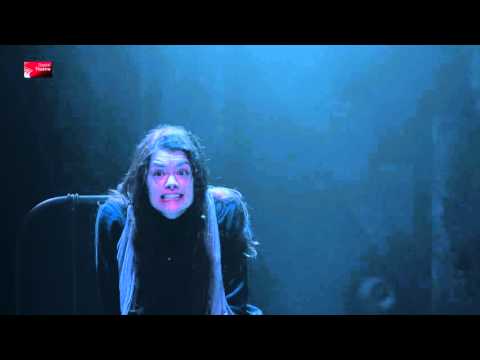 In this ‘Tempest,’ a misshapen, two-headed monster steals the show by Peter Marks

Two actors, Hassiem Muhammad and Ryan Sellers, collaborate on an electrifyingly physical interpretation of Shakespeare's Caliban at Round House Theatre.

This Broadway piano isn’t just a prop. It’s a piece of Black history. by Peter Marks

The upright piano in the Broadway revival of August Wilson’s “The Piano Lesson” is being donated to the Smithsonian.

Finn comes to D.C. from Minneapolis, where her job at the Playwrights’ Center revolved around new work

10-year initiative will launch in April with “RiverRun: Arts Nature Impact,” a month of performances, installations, exhibits and other events celebrating the world’s rivers.

Playwright can’t fix the world but hopes to make it a tiny bit better by Vanessa H. Larson

Buckle up for the dark, hilarious ‘Ride the Cyclone’ at Arena Stage by Celia Wren

Lupe Serrano, ballerina who soared with strength and radiance, dies at 92 by Michael S. Rosenwald

Her performances engrossed audiences. One implored her to perform her solo a second time in lieu of taking a bow.

Theater J production of “Two Jews Walk Into a War,” running through Feb. 5, is comically unleavened.

Post-pandemic, Mosaic, Folger and Ford’s are some of the Washington companies staging workshops to nurture original scripts.

In Poland, “The Death of John Paul II” divides audiences and highlights the career of an inventive young stage director.

She was one of the last of the great Lindy Hoppers, known for her “silky smoothness” on the dance floor and ability to stop on a dime.

Championed by Betty White at the start of his career, he became one of the first Black regulars on a TV variety show. He was later idolized by younger dancers.

How does a 63-year-old play a teen? In Victoria Clark’s case, superbly. by Peter Marks

Clark and 19-year-old Justin Cooley have astonishing chemistry in “Kimberly Akimbo” on Broadway.

What are we clapping for? America’s sad compulsion to applaud. by Peter Marks

A critical takeaway from all that House Speaker voting: The Capitol’s reflex for cheering is out of control.

Theater at the edge of war: Laughs, brutal truths and a Zelensky spoof by Peter Marks

For nine days in December, the Divine Comedy International Theatre Festival in Krakow, Poland, examined neighboring Ukraine in a variety of plays.

Josh Groban is having a moment, and a Sondheim revival is next by Peter Marks

The beloved singer makes an interesting pivot in the revamped "Sweeney Todd" coming to Broadway.

As a fraught year on Broadway ends, a great actor rises by Peter Marks

Stephen McKinley Henderson is sure to be celebrated in Stephen Adly Guirgis’s Pulitzer winner, “Between Riverside and Crazy”

On two D.C. stages, plays navel-gaze about — what else? — the stage by Peter Marks

“Which Way to the Stage?” and “Jane Anger” look at dramatic issues in eras five centuries apart.

The best of theater in 2022 by Peter Marks

We chronicle some of the best in a banner year for plays and musicals, including "Guys and Dolls" at the Kennedy Center, Jodie Comer on the West End and "Into the Woods" on Broadway.

The off-Broadway production, directed by Maria Friedman, makes a smashing case for a Broadway transfer.

Blue Man Group is so indestructible, it’s even outlasting ‘Phantom’ by Peter Marks

More than 30 years after the concept was born, the clowns in blue are still everywhere, speaking a universal language.

The February arrival of the Sondheim-Lapine musical launches a tour that will also take the show to Chicago, San Francisco and Los Angeles.

On Broadway, Neil Diamond seems a drag and ‘KPOP’ needs a rethink by Peter Marks

The jukebox musical, which premiered at D.C.'s Shakespeare Theatre last year, will begin Broadway performances in May.

A new ballet tips ‘Evita’ Perón off her pedestal by Sarah L. Kaufman

The magic, is as eye-catching as it is suited to Shakespeare’s tale of enchantment and reconciliation.

At Round House Theatre, a literally magical ‘Tempest’ by Celia Wren

Produced in collaboration with the Folger, Shakespeare’s sorcery-centric play is directed and adapted by Aaron Posner and the magician Teller.