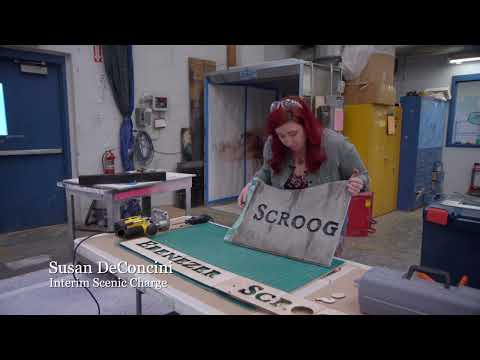 This Christmas movie writer and holiday novelist adds an Audible Original rom-com to her Christmas repertoire.

The Music Man, with Sutton Foster and Hugh Jackman, was recently extended through January 15, 2023. The Broadway show continues to break box office records.

From Banking To Broadway: Jessica Vosk Ditched Her Finance Career To Perform On The World’s Greatest Stages Including Carnegie Hall by Jeryl Brunner

The Sisterhood Of The Radio City Rockettes by Jeryl Brunner

This precision dance company is made up of 84 strong and talented women, many of whom are also teachers, nurses and accountants.

Solea Pfeiffer plays the iconic role that Kate Hudson made famous in the Cameron Crowe film.

Will Arbery's play shows how life teeters on the brink.

No damsel in distress, Linedy Genao plays a new Cinderella in 'Bad Cinderella.'

Don't let the title fool you. 'You Will Get Sick,' presented by Roundabout Theatre Company, is truly a life-affirming play.

‘Fleishman Is In Trouble’: Taffy Brodesser-Akner Talks Turning Her Bestseller Into A New FX Series by Jeryl Brunner

At the 'Fleishman Is In Trouble' Premiere Taffy Brodesser-Akner and Jesse Eisenberg share the backstory behind the series.

What If Shakespeare’s Juliet Got A Second Chance To Live And Call The Shots Her Way? The New Broadway Musical ‘& Juliet’ Explores Life After by Jeryl Brunner

& Juliet combines hit pop songs like "Roar," and "Can't Stop The Feeling" with a book from the Emmy-winning writer of Schitt’s Creek to create a new ending for one of Shakespeare's gre…

Anika Larsen on working with Cameron Crowe and making a beloved character, played on screen by Frances McDormand, all her own.

In Her New Piece, This Visionary Dancer And Performance Artist Explores How We Manage Grief And Rage by Jeryl Brunner

In 'Mourning After Mornings' Vanessa Anspaugh tells an ancient story about aging and loss in a contemporary way.

Bottom Of The Ocean is a sold-out immersive sensation in Bushwick, Brooklyn

This month Sarah Jones makes her directorial debut in a film that she wrote and stars in.

Angelica Ross is the first openly trans woman to play a leading role on Broadway.

The Grammy and Oscar-winning rock star embarks on a new solo show, 'My Window - A Journey Through Life,' at New World Stages.

How This Broadway Star Reignited Her Creative Spirit by Jeryl Brunner

The Tony-winning performer, Stephanie J. Block, is back on Broadway in the hit musical ‘Into The Woods’

A Producer Since She Was 15, This Artist Is A Creative Dynamo by Jeryl Brunner

Rachel Helson directs films for Lifetime, co-created a nonprofit to help empower children, and is the youngest person to be nominated for a Tony award.

With over 400 pieces of world-class art in public spaces and rooms, the Daxton Hotel elevates the art hotel to a new level.

For decades, this repertory theater company has nurtured careers. This season, for the first time in the festival's history, Hamlet is played by a woman.

In 2018, Cost of Living won the Pulitzer Prize for Drama. Next month the play makes its debut on Broadway at MTC’s Samuel J. Friedman Theatre.

Making Her Broadway Debut In ‘The Kite Runner,’ This Actress Defied Boundaries By Asking To Audition For Her Dream Role by Jeryl Brunner

Meet Déa Julien who understudies the pivotal male roles, Hassan and Sohrab, in 'The Kite Runner.'

After Years Away, Jenn Colella Returns To The Role That She Originated On Broadway In ‘Come From Away’ by Jeryl Brunner

In the hit musical 'Come From Away,' this Broadway star plays Capt. Beverley Bass, the first female captain of an American Airlines commercial plane.

With productions like 'the Laramie Project' and '33 Variations,' this groundbreaking company has been devising theater in a new way.