At the 2016 Easter Bonnet Competition, Broadway Inspirational Voices, a choir of Broadway artists united to change lives through the power of music and service, offered a roof-raising rendition of Stephen Sondheim’s “Sund… 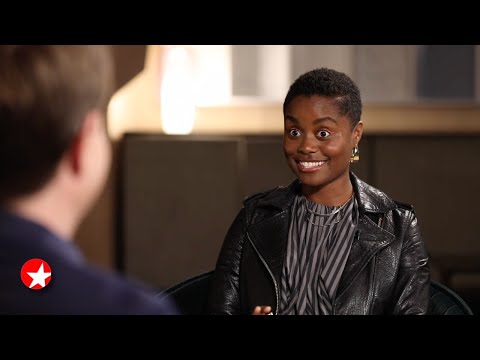 The Broadway Show with Tamsen Fadal: 04/30/22 by Broadway.com

Be on the lookout for The Broadway Show with Tamsen Fadal, the only nationally syndicated weekly theater news program, on your local TV station. Featured this week: - Hello, gorgeous! Broadway.com Editor-in-Chief Paul Wonto… 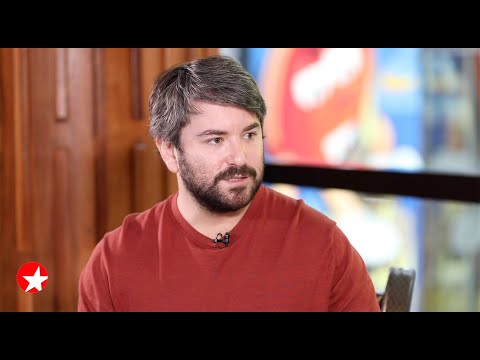 The Broadway Show: Alex Brightman on Being the Ringmaster of BEETLEJUICE & More by Broadway.com 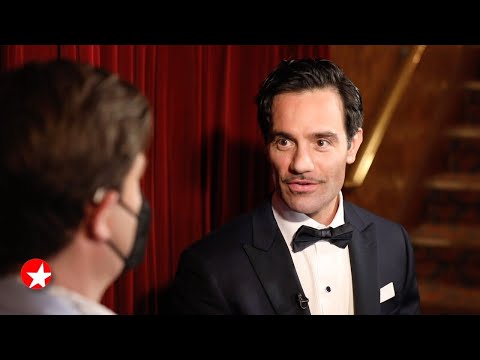 Catch a solo stage adaptation of Titanic, Puppetopia, The Forward Festival of the Arts and more --- Adventurous audiences know that some of the biggest theatrical thrills are found on NYC's …

Playwright Martin Crimp, an adherent of the ”in-yer-face” school of British playwriting, has taken Edmond Rostand’s turn-of-the-last century verse drama, Cyrano de Bergerac, and not on…

Yeston's musical, written with Peter Stone, opened at the Lunt-Fontanne Theatre on April 23, 1997.

SOURCE: TheaterMania at 01:33AM

“Ghosts Of The Titanic,” Park Theatre by Aleks Sierz

You can’t keep a great playwright down. Ron Hutchinson, whose award-winning stage plays, such as Rat in the Skull (1984) and Moonlight and Magnolias (2005), are contemporary classics, has …

The Tony-winning musical plays the Quadracci Powerhouse through May 14.

Does Mark Wahlberg Survive 'Titanic' as Jack? by The Late Late Show With James Corden

James asks Judy Greer about her hit show "The Thing About Pam" and the very on-character hair she took on for the role. And when Mark Wahlberg remembers how James Cameron's Hummer distracted…

Is Jerusalem the play of the century? Top playwrights give their verdicts by Interviews By Andrew Dickson

As Mark Rylance returns to the West End stage as the rambunctious Rooster in Jez Butterworth’s shaggy state-of-the-nation play, six writers consider its power and legacy It was the play th…

Parodying the film Titanic, it features songs by the Canadian pop singer.

Reconsider Titanic from her perspective.

‘Perplexing but with enough intrigue to keep you wanting to know more’: GHOSTS OF THE TITANIC – Park Theatre by Louise Penn

Ghosts of the Titanic is set in the time following the disaster – near enough for it to be in the immediate memory, far enough for people to have moved on, hungry for other stories.

Titanic Musical to Launch U.K. Tour in 2023 by Andrew Gans

“THE BEDROCK OF BROADWAY” UNDERSTUDIES, STANDBYS & SWINGS by Ron Fassler

That tiny slip of paper every theatregoer knows (btw, Christian Dante White was terrific).A common question I see posted from time to time on theatre blogs asks what the difference is betwee…

The Wicked national tour is welcoming new stars beginning on March 22 at the First Interstate Center for the Arts in Spokane, Washington. Lissa deGuzman will assume the role of Elphaba after…

Park theatre, LondonRon Hutchinson’s play picks up intriguing themes about fake news and psychology but fails to explore them in depth “What if the Titanic never hit an iceberg? What if …

Intriguing new play from Ron Hutchinson capsizes in performance You can’t keep a great playwright down. Ron Hutchinson, whose award winning stage plays, such as Rat in the Skull (1984) an…

A revival worth its salt should always bring fresh revelations, even when it’s set in a bygone era. In “Who’s Afraid of Virginia Woolf?” at the Denver Center, that discovery comes by…

"Farewell, farewell Godspeed, Titanic..." Grab your first class tickets and life vests because this week we're joined by Ayanna Prescod from "What's Up Broadway?" to talk about Titanic the M…

The Broadway League has announced that marquee lights of all Broadway theaters will be dimmed for one minute on January 19 at 7:45PM in memory of Sidney Poitier. The groundbreaking Oscar wi…

Broadway From A to Z: B by JK

Today, we continue our new series that is strictly to the letter. Broadway From A to Z, will look at the people, shows and history of The Great Bright Way! Obviously, with each entry, we'll…

A vivid and witty recreation of politics in the late Sixties No playwright has a scalpel as sharp as James Graham’s when it comes to dissecting politics; he has a brilliance and edge that …

Stage and screen star Antony Sher has died at the age of 72. In September, his husband, collaborator and Royal Shakespeare Company Artistic Director Gregory Doran announced he would take a …

The (Non-Sam) Harrises of Broadway and R.M.S. Titanic by Trav S.D.

This is liable to remain one of my obscure Travalanche posts and yet it’s the kind I love the most, for it mixes together two of my great loves, American theatrical history and the lore su…

Go Inside Opening Night of CAROLINE, OR CHANGE on Broadway! by BroadwayWorld

Our opening night coverage is brought to you by 1-800 Flowers. After 18 years, Caroline Thibodeaux is back on Broadway. Caroline, or Change, the beloved musical by Tony Kushner and Jeanine …

Seventeen years after its Broadway debut, musical “Caroline, or Change” has returned in what critics describe as an “electrifying” production. The show is set in 1960s Louisiana and …

Checking In With… Alma Cuervo, Star of Titanic, On Your Feet!, Road Show, More by Andrew Gans

The versatile actor is currently starring in the Off-Broadway revival of Paul Osborn's Morning's at Seven at Theatre at St. Clement's.

An electrifying revival of the 2003 musical, featuring a titanic performance by Sharon D Clarke, follows the money to the source of American inequality.

Watch the full night's coverage here: https://bway.world/CarolineFirstPreview Our reopening coverage is brought to you by 1-800 Flowers. The new Broadway production of the Tony Award nomin…