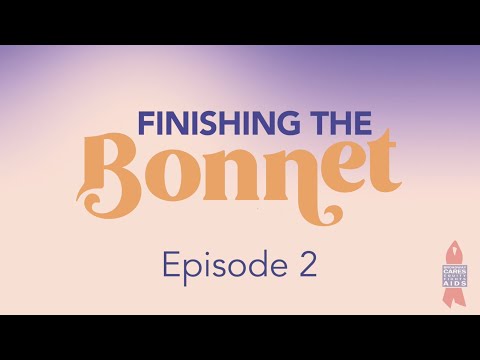 Broadway.com #LiveatFive: Home Edition with "The Phantom of the Opera" Star Ben Crawford by Broadway.com

John Slattery had a moment after college where he was offered a great job in the hotel business and it was tempting - financial security, travel  and lots of other perks. He sat down with…

Linked From BroadwayWorld at 09:54AM

Once again, I’m getting the chance to catch up with the award-winning singer/songwriter, Michele Brourman. After a sold-out solo debut at Birdland Theatre in 2019, 2020 has started off wi…

Producer Ryan Murphy has released the first look at his upcoming Halston series on Netflix, starring Ewan McGregor as the famed fashion designer who designed for Jackie Kennedy and who the…

Linked From Broadway.com at 11:36PM

“Save The BBC” Petition Gets 100,000 Signers In First 24 Hours by Artsjournal

The 38 Degrees petition is a response to a report on the front page of Rupert Murdoch-owned newspaper The Sunday Times, in which sources close to prime minister Boris Johnson set out a bluep…

Linked From ArtsJournal at 08:33PM

Broadway Update: Nathan Lane and Laurie Metcalf to Star in ‘Death of a Salesman’ By: David Sheward February 11, 2020: Two of the biggest names on Broadway will headline one of th…

Linked From theaterlife at 10:21AM

Homecoming: Marina Abramović Has Her First Show In Serbia In 44 Years by Artsjournal1

“The artist’s return to Belgrade after nearly a half-century has been an event. … On Saturday, the day the show opened, her face was on the front page of nearly every national newspape…

Linked From ArtsJournal at 10:12AM

Rio De Janeiro’s Mayor Tries To Censor A Marvel Book With A Gay Kiss, But The Court Blocks Him by Artsjournal2

Predictable results of the homophobic censorship attempt (which was headed off by the judge as an issue of freedom of expression): “Copies of the comic book, Avengers: The Children’s Cru…

Linked From ArtsJournal at 11:33AM

A foursome of Tony-winning stars have joined the upcoming main-stem production of Meredith Willson's The Music Man. Jefferson Mays will play Mayor Shinn, with Jayne Houdyshell as Eulalie Ma…

Linked From Broadway.com at 11:06AM

What really makes this Front Page feel fresh is its social, gender, racial and character complications — things that a mainstream audience in 2019 is much more equipped and eager to invest…

Linked From Toronto Star at 04:58PM

The Vineyard Theatre has announced the highly anticipated New York premiere of Dana H., a new work by Tony-nominated playwright Lucas Hnath (A Doll's House, Part 2), slated to appear at the …

Linked From Broadway.com at 03:18PM

Linked From Broadway.com at 03:06PM

The Shaw and Stratford festivals have been busy adapting the C.S. Lewis story and the Ben Hecht and Charles MacArthur comedy for modern audiences, writes Carly Maga.

Linked From Toronto Star at 07:00AM

Emmy Award-winning actor Richard Thomas will play the role of Atticus Finch in the previously announced national tour of To Kill A Mockingbird, Aaron Sorkin’s new play, directed by Bartlet…

Linked From Broadway.com at 10:24AM

By: Paulanne Simmons May 1, 2019: From Ben Hecht and Charles MacArthur’s The Front Page to Nora Ephron’s Lucky Guy, the newsroom has proven to be fertile grounds for theater. James G…

Linked From theaterlife at 08:31PM

A touch of class by Terry Teachout

In today’s Wall Street Journal I review the Broadway transfer of Ink. Here’s an excerpt. *  *  * The newspaper movie used to be an established genre in Hollywood, and a consistently …

Linked From ArtsJournal at 07:04AM

These portraits are hot off the presses after James Graham's Ink's opening night on April 24 at Broadway's Samuel J. Friedman Theatre. Led by Jonny Lee Miller as Larry Lamb and Bertie Carvel…

Linked From Broadway.com at 03:55PM

Long before the term clickbait entered into pop culture infamy, Chief Editor Larry Lamb of the Fleet Street tabloid The Sun was offering his staff a bonus every time the eye-catching words '…

Linked From BroadwayWorld at 10:49AM

Broadway.com #LiveAtFive is a daily news show on Facebook Live, in which Broadway.com editors discuss what's going on in the theater community and chat with stage stars about their curre…

Linked From Broadway.com at 12:12PM

People You Should Know . . . Scott Wakefield by Zack Calhoon

Scott Wakefield-Broadway:  Hands On A Hardbody, Ring Of Fire, and It Ain’t Nothin’ But The Blues.Off Broadway includes Paint Your Wagon (City Center), …

Linked From Visible Soul at 08:42PM

Nathan Lane & Andrea Martin to Star in Taylor Mac's Gary: A Sequel to Titus Andronicus on Broadway by Lindsey Sullivan

Linked From Broadway.com at 11:48AM

1928 satire will be adapted by Michael Healey and directed by Graham Abbey.

Linked From Toronto Star at 01:44PM

Linked From Broadway.com at 03:32PM

Linked From Playbill at 11:02AM

Linked From Broadway.com at 01:04AM

Clarke Thorell is returning to Broadway. The stage alum will step into the role of Zoltan Karparthy in the acclaimed revival of Lerner & Loewe's My Fair Lady at the Vivian Beaumont T…

The Front Page actor will take on the role of Zoltan Karparthy, replacing Manu Narayan.

Linked From Playbill at 03:59PM

Teary Nathan Lane Wins Third Tony Award for Angels in America: "This Award Is a Lovely Vote of Confidence That I've Been on the Right Path" by Lindsey Sullivan

Broadway legend Nathan Lane has won his third Tony Award! His searing performance as Roy Cohn in Angels in America earned him the trophy for Best Performance by an Actor in a Featured Role i…

Linked From Broadway.com at 09:18PM

Review: ‘The Front Page’ by Providence Players by Bob Ashby

There are few perfect things in life, let alone in theater. But Providence Players’ The Front Page comes darn close. Every aspect of the production is first-rate. The newspaper world creat…