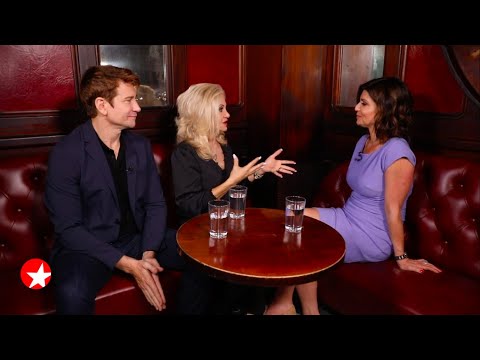 The Broadway Show: Orfeh & Andy Karl on Finding Harmony & Performing Together by Broadway.com 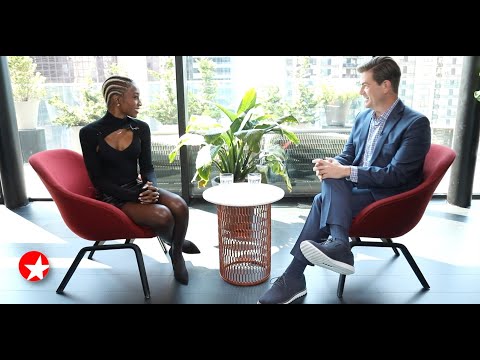 The Broadway Show: Angelica Ross on Her History-Making Turn in CHICAGO, POSE & More by Broadway.com

Screen star Angelica Ross talks with Broadway.com editor-in-chief Paul Wontorek about making history as the first openly transgender actor to lead a Broadway production, her time on POSE and more. 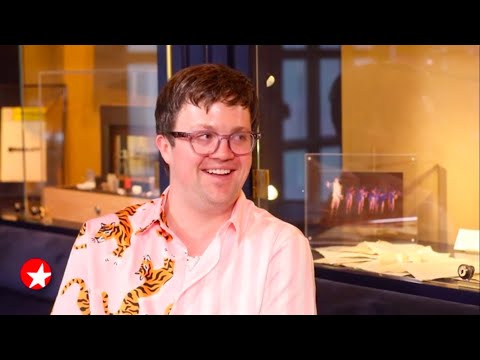 Be on the lookout for The Broadway Show, the only nationally syndicated weekly theater news program, on your local TV station. Featured this week: - Broadway.com Editor-in-Chief Paul Wontorek speaks with POSE standout and C…

2021-22 Season in Review by Playwrights Horizons

A look back at getting back in the saddle with our 2021-22 Season productions. As Ayanna Prescod so generously tweeted: All bops, no skips. What to Send Up When It Goes Down by Aleshea Harris Selling Kabul by Sylvia Khoury, …

The Wolves is a universal story of friendship, teamwork and competition. A "smart, hilarious, delightful meditation on society, sex and soccer" (The Village Voice), The Wolves is a portrait of the pursuit of a team in need of…

Welcome back to an all-new season! At McCarter, we offer an array of shows... whether you enjoy music, dance, family events – you will definitely find something here in the heart of Princeton.

The Broadway Show: Hit the Streets for the Broadway Flea Market & Grand Auction by Broadway.com

Follow correspondent Perry Sook as he finds treasures and meets stars--all for a great cause--at the Broadway Flea Market and Grand Auction, produced by and benefitting Broadway Cares/Equity Fights AIDS.

Lea Michele sits down with Broadway.com Editor-in-Chief Paul Wontorek to talk about returning to the stage in FUNNY GIRL and how her GLEE and SPRING AWAKENING days led her to the role she was born to play.

The Broadway Show: Chazz Palminteri Reflects on 35 Years of A BRONX TALE by Broadway.com

A BRONX TALE creator and star Chazz Palminteri chats with Tamsen Fadal about the productions 35-year history and his upcoming performance.

Every play was once brand new. Discover your new favorite play, this season at Playwrights. http://phnyc.org/2223 Playwrights Horizons is a not-for-profit theater. Support this unique home for new plays and musicals and ma…

The Broadway Show with Tamsen Fadal: 09/24/22 by Broadway.com

Be on the lookout for THE BROADWAY SHOW, the only nationally syndicated weekly theater news program, on your local TV station. Featured this week: - Hello, gorgeous! Broadway.com Editor-in-Chief Paul Wontorek speaks with FU…

The Broadway Show: Learn About the 100-Year History of Iconic Broadway Restaurant Sardi’s by Broadway.com

Learn the history of Sardi’s, the staple Italian restaurant in the Theater District that attracts the biggest names. Hear staff members and owner Max Klimavicius talk about how stars get their own iconic caricature and more…

The Broadway Show: Cyndi Lauper & Jerry Mitchell on Bringing KINKY BOOTS Back to the New York Stage by Broadway.com

Broadway.com Editor-in-Chief Paul Wontorek sits down with KINKYS BOOTS' Tony-winning creators Cyndi Lauper and Jerry Mitchell to talk about their collaborative history and bringing the musical back to the New York stage.

SIX star Andrea Macasaet talks with Charlie Cooper about playing Anne Boleyn for the past three years, how she keeps the role fresh and why she won the lottery with the cast.

The Broadway Show with Tamsen Fadal: 09/17/22 by Broadway.com

Be on the lookout for The Broadway Show, the only nationally syndicated weekly theater news program, on your local TV station. Featured this week: - Broadway.com Editor-in-Chief Paul Wontorek speaks with composer/lyricist C…

The Wolves: Meet the Cast by McCarter Theatre Center

By Sarah DeLappe Directed by Sarah Rasmussen Meet nine young women from a competitive high school soccer team. It’s just a few weeks until nationals and the pressure is on. Relatable and resilient, this pack of adolescen…

KPOP star Luna talks with Charlie Cooper about her days as a K-pop group member, bringing the worldwide phenomenon to Broadway and hoping audiences can party with them.

The Broadway Show: A BEAUTIFUL NOISE's Will Swenson on Playing Neil Diamond by Broadway.com

Tony nominee Will Swenson sits down with Tamsen Fadal to talk about portraying Neil Diamond in A BEAUTIFUL NOISE. Get tickets to A BEAUTIFUL NOISE: https://www.broadway.com/shows/beautiful-noise-neil-diamond-musical/

ALMOST FAMOUS stars Casey Likes and Solea Pfieffer talk with Broadway.com editor-in-chief Paul Wontorek about the responsibility of adapting the beloved movie into a musical, working with Cameron Crowe and more.

The Tony winner stars as Reverend Avery, a role being added for the screen version of the Broadway musical.

This month on The Signature Show, we have a hilarious Signature spin on the Hot Ones Challenge with The Color Purple cast members Tobias A. Young, Jalisa Williams and Keenan McCarter. Plus, …

From great American novel to star-casted film to Tony Award-nominated Broadway musical, Alison Walker’s The Color Purple has seen many formats over the years. A hard-hitting musical at the…

The Curve and Birmingham Hippodrome production launches at the Hippodrome.

This Week on Broadway for September 4, 2022: As You Like It @ The Public Theater’s Free Shakespeare in the Park by James Marino

Peter Filichia, Michael Portantiere, and James Marino talk about As You Like It @ The Public Theater’s Free Shakespeare in the Park, Hal Linden and Bernie Kopell in the new comedy, Two Jew…

Danielle Brooks appeared on TODAY to discuss her upcoming return to Broadway in The Piano Lesson. In the video, Brooks reveals that she used a piece from the play to audition for Julliard. S…

SOURCE: BroadwayWorld at 11:53AM

Brandon Victor Dixon and Amra-Faye Wright will join Chicago in the roles of Billy Flynn and Velma Kelly. They will star alongside previously announced Angelica Ross as Roxie Hart beginning o…

Check Out Photos of Nova Y. Payton, Frenchie Davis, and More in Signature's The Color Purple by Michael Wiltbank

The 2005 Broadway musical plays the Arlington, Virginia, venue through October 9.

Inside Signature with THE COLOR PURPLE's Danielle J. Summons by Signature Theatre

Danielle J. Summons, who plays sultry chanteuse Shug Avery in The Color Purple sits down with Education Director David Zobell for a conversation about her career, growing up in Raleigh and h…

With its gifted cast, ‘The Color Purple’ at Signature is a heartfelt hit by Darby Dejarnette

This production has earned its place as one of the best in the DC area.

THE COLOR PURPLE Now thru October 9, 2022 at Signature Theatre For tickets visit ➡️ https://bit.ly/colorpurpletix This triumphant musical adaptation of the Pulitzer Prize-winning novel …

Payton currently plays Celie in the Tony-nominated musical at the Arlington, Virginia, venue.

Watch Nova Y. Payton Belt Out Uplifting Version of 'I Am Here' From Signature's The Color Purple by Andrew Gans

Payton currently plays Celie in the Tony-nominated musical at the Arlington, Virginia, venue.

THE SIGNATURE SHOW – The Color Purple, Gershwin and Hand Models by Signature Theatre

To celebrate the start of performances of The Color Purple, this month on The Signature Show we feature a special behind the scenes look with director Timothy Douglas and cast members Nova Y…

See Who's Starring in U.K. Tour of The Color Purple Musical by Andrew Gans

The Curve and Birmingham Hippodrome production will launch in September.

The 2005 Broadway musical will begin previews at the Arlington, Virginia, venue August 16.

THE COLOR PURPLE's Rodney Thompson Takes Over Our Instagram!

The Muny is presenting Legally Blonde! Tune into our Instagram Story as Hayley Podschun takes you behind the scenes of her day at Legally Blonde at The Muny.

Photo/Video: First Look At THE COLOR PURPLE At The Muny

Get a first look at The Muny's production of The Color Purple, which began performances August 3rd and runs through August 9th, 2022.

VIDEO: Get A First Look At The Muny's THE COLOR PURPLE

Get a first look at The Muny's production of The Color Purple, which began performances August 3rd and runs through August 9th, 2022.

VIDEO: Go Inside Rehearsals For The Muny's THE COLOR PURPLE

Go inside rehearsals for The Muny's production of The Color Purple, which begins performances tonight and runs through August 9th, 2022.