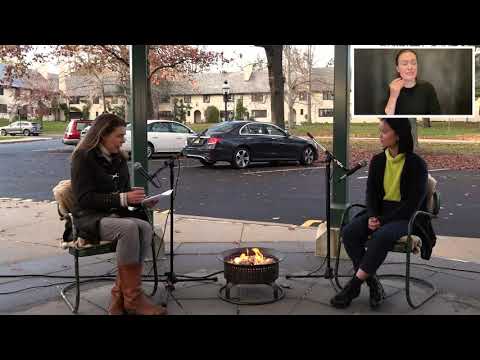 "I'm always excited by things that are pushing the boundaries of their own genres." —Lucia Shen The team moves the Fireside Chat under cover from rain as Sarah Rasmussen is joined by Lucia Shen, a local high school student… 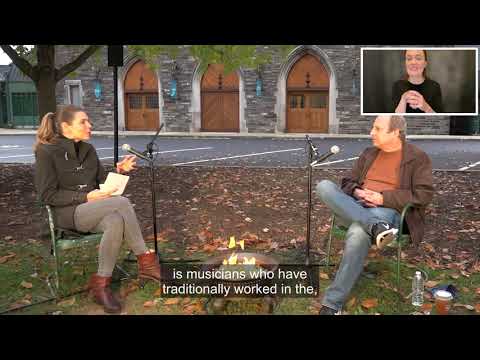 "It's acting with a vision, and doing it with integrity." —Jon Lambert Sarah Rasmussen welcomes Jon Lambert, owner of the Princeton Record Exchange, for a Fireside Chat. Jon and Sarah discuss the development of the Princet… 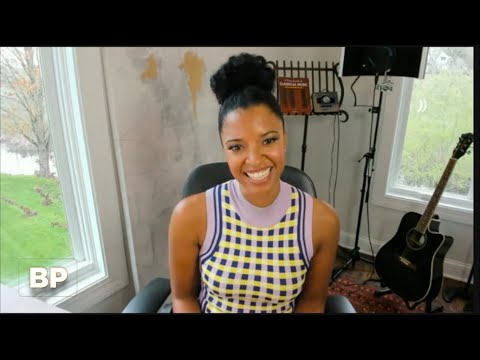 Homebound audiences have been able to enjoy Renée Elise Goldsberry in HAMILTON on Disney+ and more recently on Peacock's GIRLS5EVA. Hear what else she has in the works. 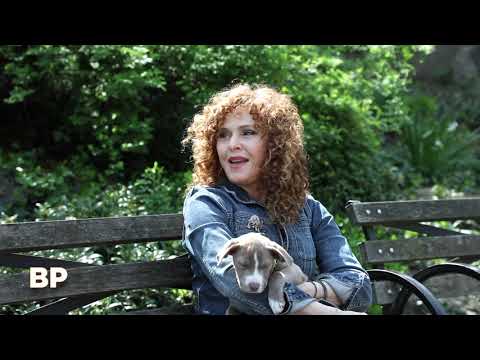 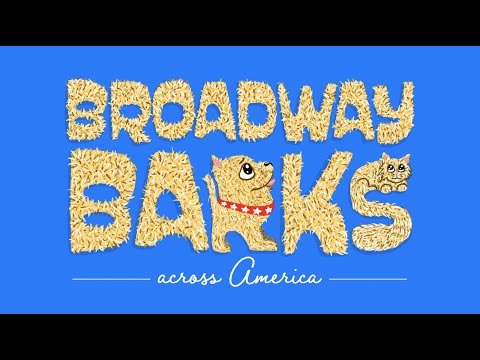 Broadway Barks will once again stream as a star-studded animal adoption event, hosted by co-founder Bernadette Peters. The evening will feature adoptable animals from shelters and presented by celebrities across America. The…

Ep. 1 (Artist Exploration): Telly Leung (Broadway’s Aladdin and Glee) on his road to Carnegie Mellon, Parental Worry, & Boldness in the Age of T by Bpn Admin As

We're back with PROFESSOR Telly Leung! Godspell, Aladdin, Rent, Glee, Allegiance, In Transit ... the guy has had an incredible career and he's just getting started. Telly just returned from …

Linked From BroadwayWorld at 03:39PM

Shoshana Bean has joined the star-studded line up for Maestra Music’s inaugural concert event, Amplify 2021 on Monday, March 29, 2021. Accompanied virtually by Maestras from around th…

Linked From BroadwayWorld at 01:04PM

Jersey Boys is coming back to London. As previously announced, the Tony and Olivier-winning musical will christen the opening at the new Trafalgar Theatre (formerly known as Trafalgar Studio…

Linked From Broadway.com at 11:48AM

11 Shows to Check Out, Including Vanya and Sonia..., Allegiance, Romeo and Juliet Balle

Plus, check out Middletown, The Aran Islands, and Macbeth while they're available.

Linked From TheaterMania at 09:24AM

If you've ever wanted to hear "Home" from Beauty and the Beast sung in German, this is the episode for you! Broadway veteran Ann Sanders ("Dear Evan Hansen," "Avenue Q," "Frozen," "Beauty an…

Linked From broadwaypodcastnetwork.com at 11:13AM

George Takei’s Allegiance To Debut on BroadwayHD by Broadway Direct

Linked From Broadway Direct at 11:23AM

The musical is directed by Stafford Arima.

Linked From TheaterMania at 11:12AM

George Takei's ALLEGIANCE Will be Available to Stream Beginning in March

Linked From BroadwayWorld at 03:38PM

Linked From BroadwayWorld at 12:42PM

Congratulotions are in order! Katie Rose Clarke, who has wowed Broadway audiences in Wicked and more, and her husband Christopher Alan Rogers have a new addition to their family. The couple…

The Allegiance stars toast the holidays in this new duet.

Linked From TheaterMania at 12:54PM

The former Allegiance co-stars join forces for a virtual rendition of the George Michael holiday tune.

Linked From Playbill at 12:49PM

Contestant Jenelle Catherina shares more about her charity, what hobbies she's been keeping up with in quarantine, and how moving Allegiance was on Broadway!

Linked From BroadwayWorld at 02:01PM

Working Its Way Back to London! Jersey Boys Will Return to the West End in April by Lindsey Sullivan

The Tony and Olivier-winning musical Jersey Boys is set to return to London’s West End, opening at the new Trafalgar Theatre (formerly known as Trafalgar Studios). Performances are schedul…

Linked From Broadway.com at 12:48PM

While we believed in the upward mobility of America in every way, we became shockingly aware of our tragic limits.  In "An Astronaut’s Tale," we get every sense of looming and desperate f…

Linked From thetheatretimes.com at 06:12PM

Telly Leung, George Takei and More From ALLEGIANCE to Reunite for HIKING THE DIVIDE TO UNITE Streaming Event

e2e Treks - Hiking the Divide to Unite has announced a special streaming event benefitting The Actors Fund, 'How History, Location and Adversity Inform, Inspire and Influence Theatre' with v…

Linked From BroadwayWorld at 11:54AM

I always love interviewing Telly Leung, so I was thrilled he was available for this new interview during Broadway’s shutdown. I have enjoyed seeing Telly on Broadway, TV, and in concert. …

Broadway and TV actor, singer, and songwriter, Telly Leung, (Aladdin, Allegiance, Glee) has turned the bleakness of quarantine into the promise of brighter days ahead, with his new EP, You M…

Best of the Decade: Up and Comers, Part I by JK

Over the past ten seasons, theater fans were blessed with some amazing performances, design marvels and directorial wonders from from lifelong favorites. But the decade also brought us the b…

Linked From www.jkstheatrescene.com at 08:54AM

Linked From Playbill at 04:21PM

Linked From BroadwayWorld at 02:06PM

The musical follows a Japanese-American family in the aftermath of Pearl Harbor.

Linked From Playbill at 01:00PM

Broadway On Demand, the new streaming platform for theater devotees, announced that the online streaming premiere of Broadway's Allegiance will be extended, due to popular demand, through Tu…

Linked From BroadwayWorld at 12:32PM

In this last weekend of a busy May, there are five online shows “opening” that remind us what’s big about Broadway, all but one of them free (though welcoming your charitable contribut…

What to Stream This Weekend: The Drama Desks Go Digital, Party With [title of show], More by Ryan McPhee

Plus, catch streams of Broadway's Allegiance and Holiday Inn, co-hosted by Playbill.

Linked From Playbill at 12:37PM

Broadway On Demand, the new streaming platform for theater devotees, will present the online streaming premiere of Broadway's Allegiance tomorrow, Friday, May 29 on BroadwayOnDemand.com.